In 1981 the Seiko Silverwave 2628-0040 won the Japanese Good Design award from the Ministry of International Trade and Industry,  for this, the first cockpit watch.

It was produced in 1981 and is equipped with a quartz movement.

This watch is the first cockpit instrument styled wristwatch ever produced. It measures 34mm square, with the crown, is 37mm across and is 8mm thick. Lug to lug measures 40mm and lug width is 22mm, which complements the design.

The watch is powered by a small 2-jewel Cal. 2628A hacking quartz movement that runs at 32,768 Hz. The dial below features a blue sunburst finish with a small seconds sub-dial at the 6 o’clock position. This is contrasted by legible Arabic numeral fonts with single heavy ticks at the hour markers and an easy to see double tick at the 12 o’clock mark. Sword style hour and minute hands compliment the fonts quite nicely.

The face of the watch has 4 “mounting” screws, and a black rubberised finish, just as cockpit instruments are similarly finished to minimise reflection. 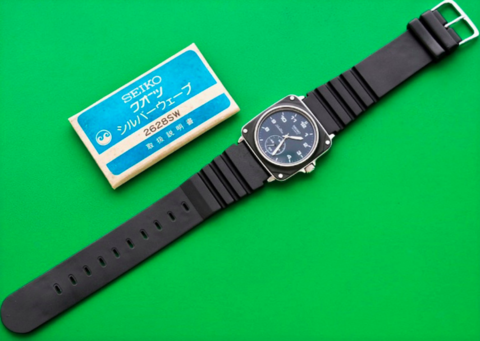 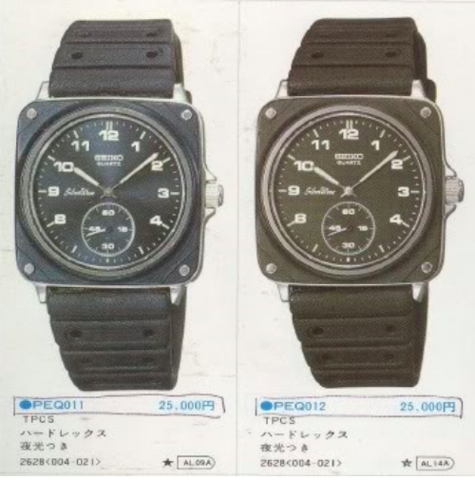 The green version was PEQ012 and the dark navy blue PEQ011 in the Seiko numbering system of the time. 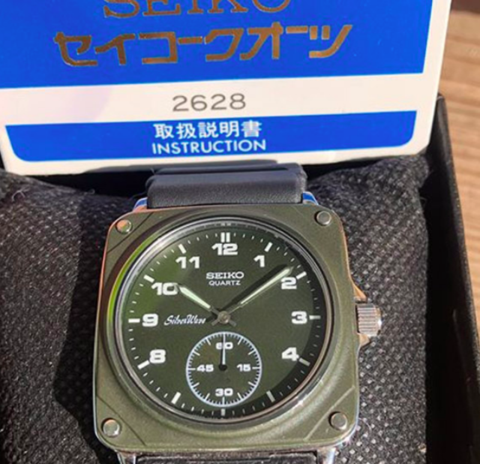 The 2628A movement was quite small, and needed spacers to fit the square housing. 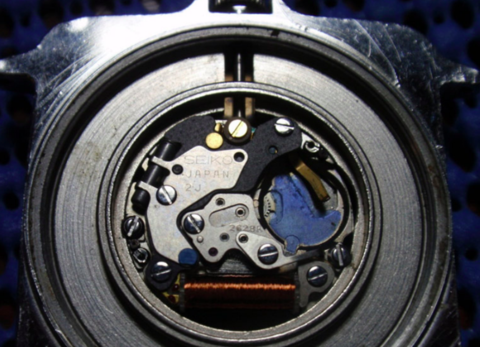 The case back featured the classic Silverwave tsunami logo, but it is only labelled water-resistant. 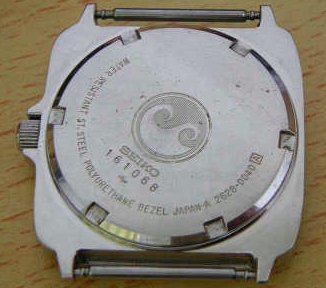 This article covers just this watch, in order to cement it’s place as the first cockpit watch.

THE TRINTEC ALTIMETER CLOCK AND WATCH

The beginning of Trintec was in 1984 when Brendon Nunes commenced making a clock that was inspired by an aircraft altimeter.   He went on to patent the clock, and in 1990 commenced making a derivative watch, the 9060 Altimeter Watch. 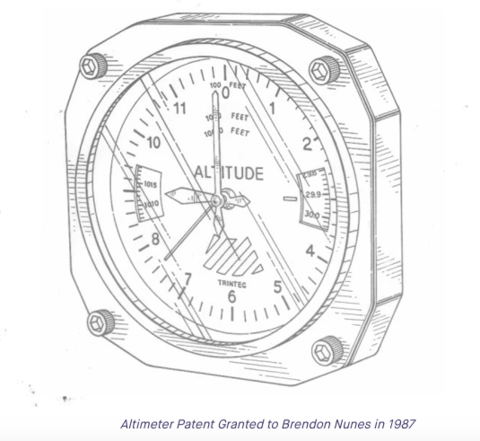 The watch in 1990 had a Miyota quartz movement and it had the same design elements like the clock.  The first batch of 200 was used as a promo tool within Ryder Aviall, which is one of the world’s largest aviation parts distribution companies.

Similarities to the Seiko 2628-0040 are obvious, as they drew their inspiration from the same sources.   There is a 33mm black square case, black dial, sword hands, clearly legible dial and 4 mounting screws. 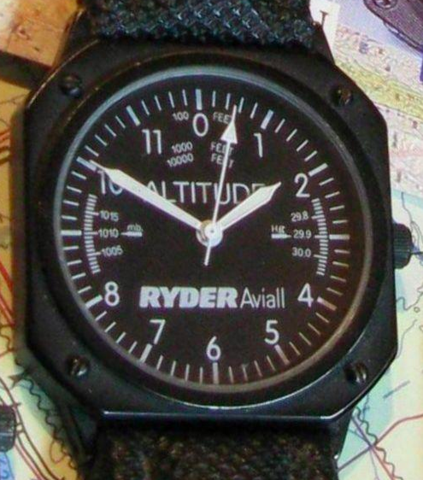 Carlos Rosillo and Bruno Belamich founded Bell & Ross in about 1994.

Initially, Bell & Ross watches were designed by the duo and built by Sinn. An example of these Bell & Ross by SINN watches is shown below.

This watch is a SINN model 156 with the classic Lemania 5100  automatic chronograph classic multi-function analog movement.

The collaboration ended in 2002. 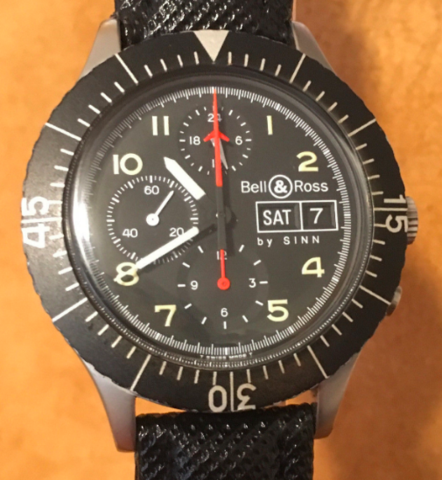 In 2005 Bell & Ross released the BR-01, which again resembles the above watches which drew their inspiration from the cockpit.  Again the design elements of black square case, black dial, sword hands and 4 mounting screws are present.

The watch is 47mm square. 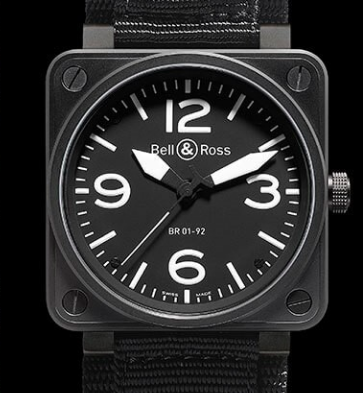 The Seiko cockpit watch predates the others by 10 and 25 years respectively.